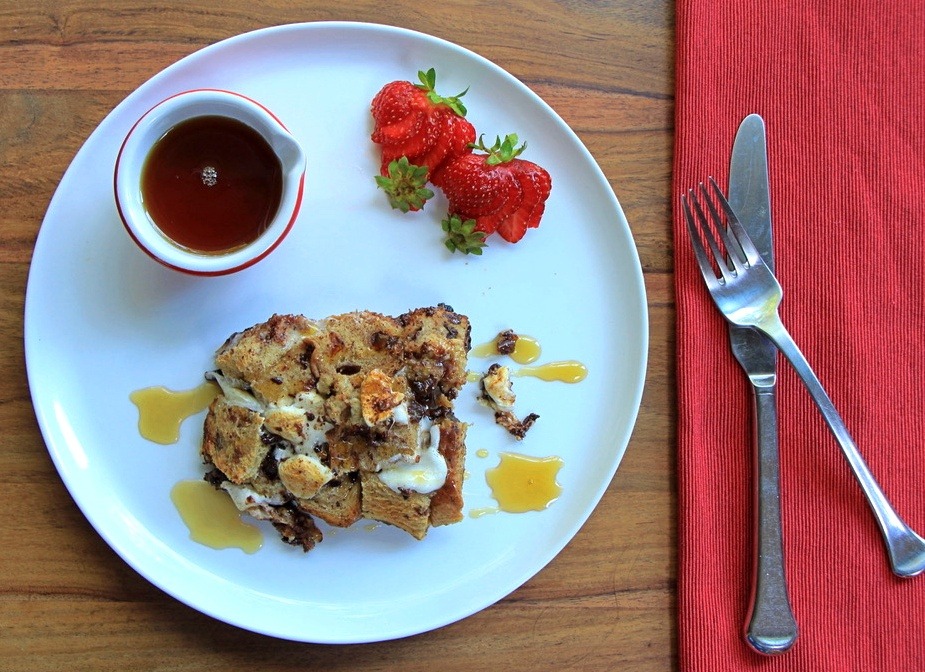 S’mores French Toast. What’s not to like about that? Cinnamon raisin bread, marshmallows baked till they are gooey and crisp, chunks of chocolate that melt as you eat. Need I say more? In our house, this baked version is very popular, but I try and save it for special occasions. It’s deathly delicious and oh so addictive.

The Ingredients for S’mores French Toast

6 simple ingredients and you will enjoy a breakfast like no other.

I love baking french toast. It is so much easier than making them one at a time on a skillet. Just chop, toss in a baking dish and bake. Well, almost as easy as that. For this type, I use raisin bread. I find if we use day old bread, it tends to soak up more egg mix and tastes a lot better than using fresh bread. The more egg mix the bread soaks up, the better tasting it will be. Chop the bread into 1 inch cubes and set aside.

Now we are ready to make the egg mix. In a mixing bowl, crack the egg and discard the shells. Using a hand whisk or a fork, whisk the eggs until they are well mixed. To this add the half and half (or cream) and whisk to combine the eggs and cream. Mix in the cinnamon and continue to whisk as you pour the egg mix on top of the bread. Pour about half the egg mixture and allow it some time to absorb – about 1 minute. Once it has absorbed, whisk again to ensure the cinnamon hasn’t settled, and pour the remaining mix into the baking dish.

I use a spatula or a large serving spoon and push down the bread to allow it to absorb as much of the egg mix as possible. If you don’t do that it’s not a big deal. The egg mix will get absorbed into the bread as it bakes. If using pecans now’s the time to sprinkle them on top.

Preheat the oven to 375 degrees F and place the baking tray on the middle rack. Bake for about 25-30 minutes. You know the delicious s’mores french toast is ready when you see the marshmallows on the top brown and the chocolate melt and the french toast brown. I am sure even the neighbours will know what you are baking as the smell permeates the house.

Allow it to cool for about 5 minutes before you serve. Enjoy with :

This gooey, chocolatey baked s’mores french toast made with raisin bread is just what’s needed on a cold fall day. Baked instead of cooked on a griddle. 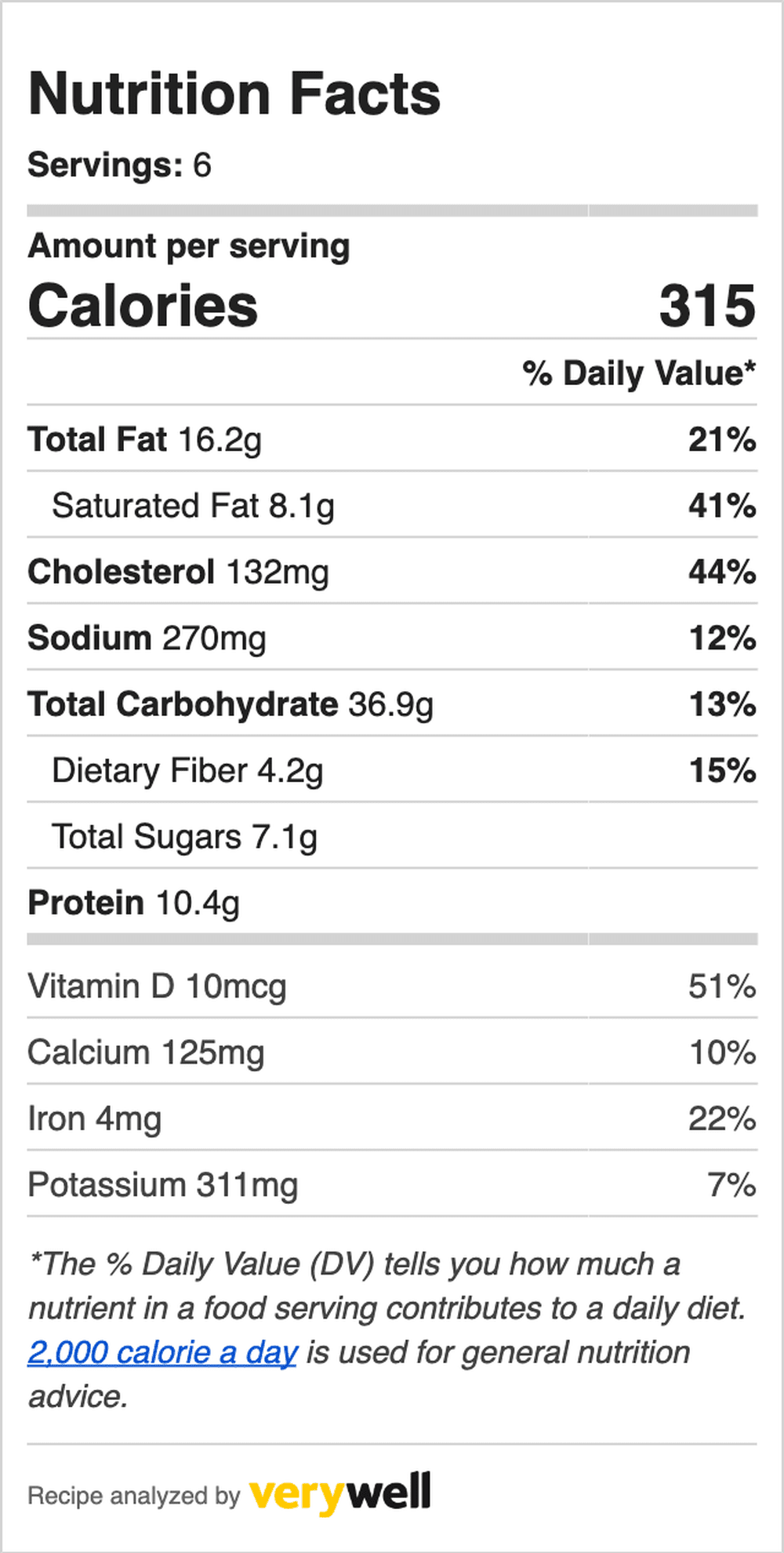 What is the trick to making good French toast? 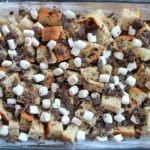 Why is my Baked French Toast soggy? 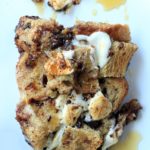 Baked toast will get soggy if :
– You add too much egg mixture.
– You don’t bake it for long enough.
– The oven heat is too high. This will cause the outside to cook up an dry, while the insides stay soggy.

What is the best type of bread to use for Baked French Toast? 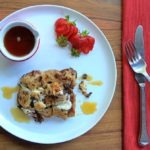 I love to use Raisin Bread for mine. I find the sweet raising add a whole level of texture to the bread. The softness of the bread helps it absorb the egg mixture well and that contributes to the overall flavour and texture of the breakfast.

Check out other snack recipes here. 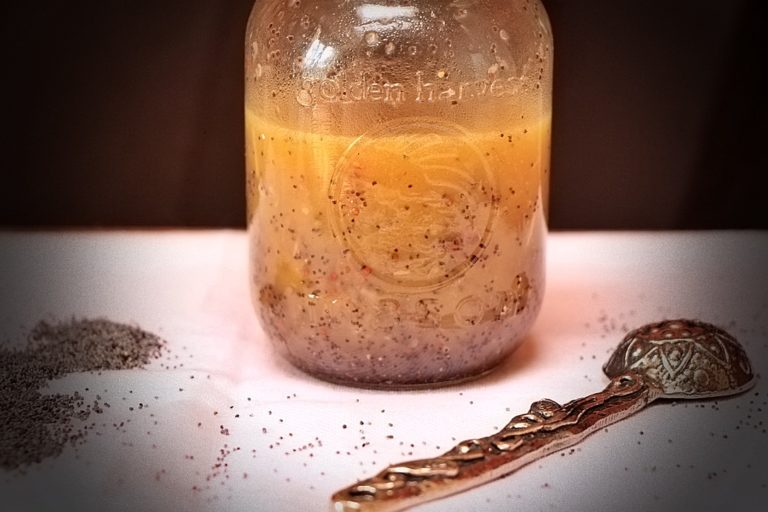 My slightly sweet, slightly spicy, and slightly sour onion poppyseed vinaigrette is the perfect concoction for many salads. It’s better than store-bought and good for vegans. 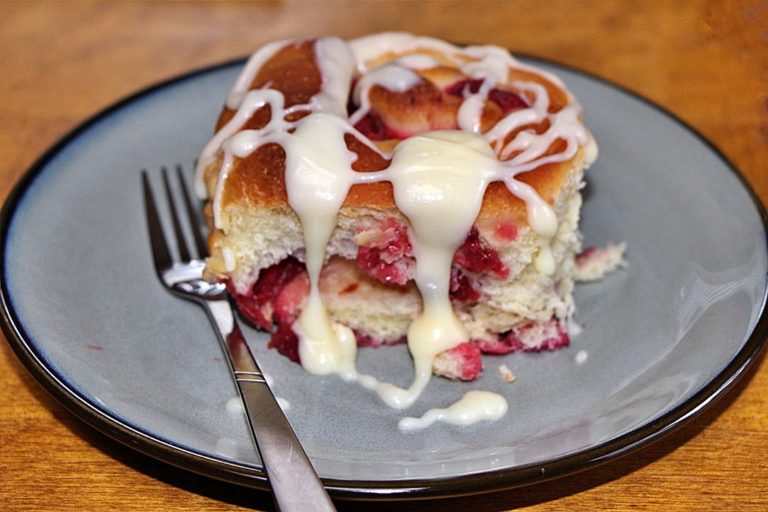 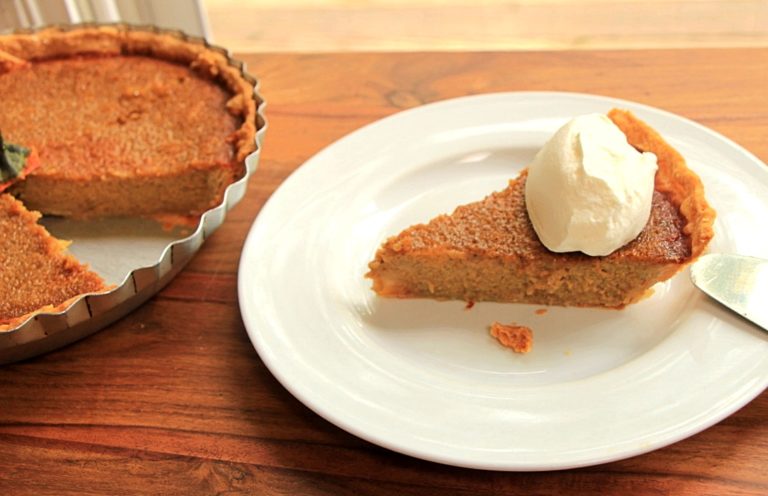 This decadent pumpkin pie will remind you of your grandma’s pie. It’s creamy and has just the perfect amount of sweetness, fragrant spices, and a flaky crust.

This hearty creamy leek and mushroom soup serves as a meal and is the best you will ever have. Once you make this, you will never go back to buying canned soup. 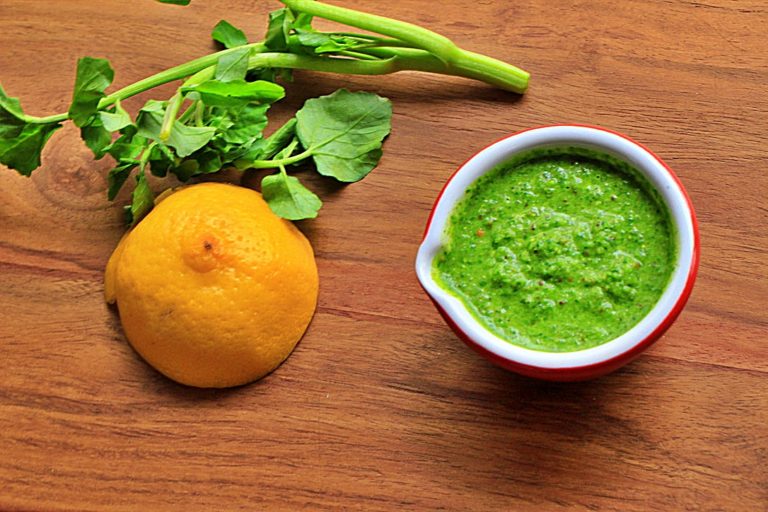 This watercress dressing is perfectly paired with meats, vegetables, and even eggs. Nutty, slightly tangy, slightly salty, and completely delicious. 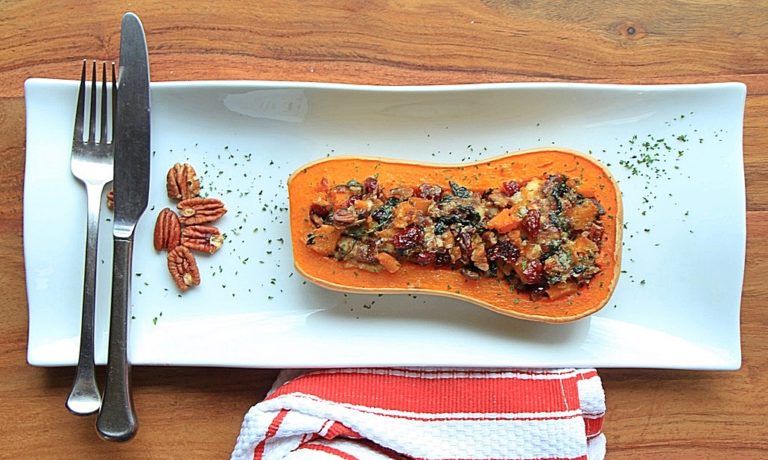 This stuffed squash is a meal on its own. It is chock full of cranberries, pecans, feta, baby chard and is a gastronomical experience that will leave you wanting more.

This site uses Akismet to reduce spam. Learn how your comment data is processed.