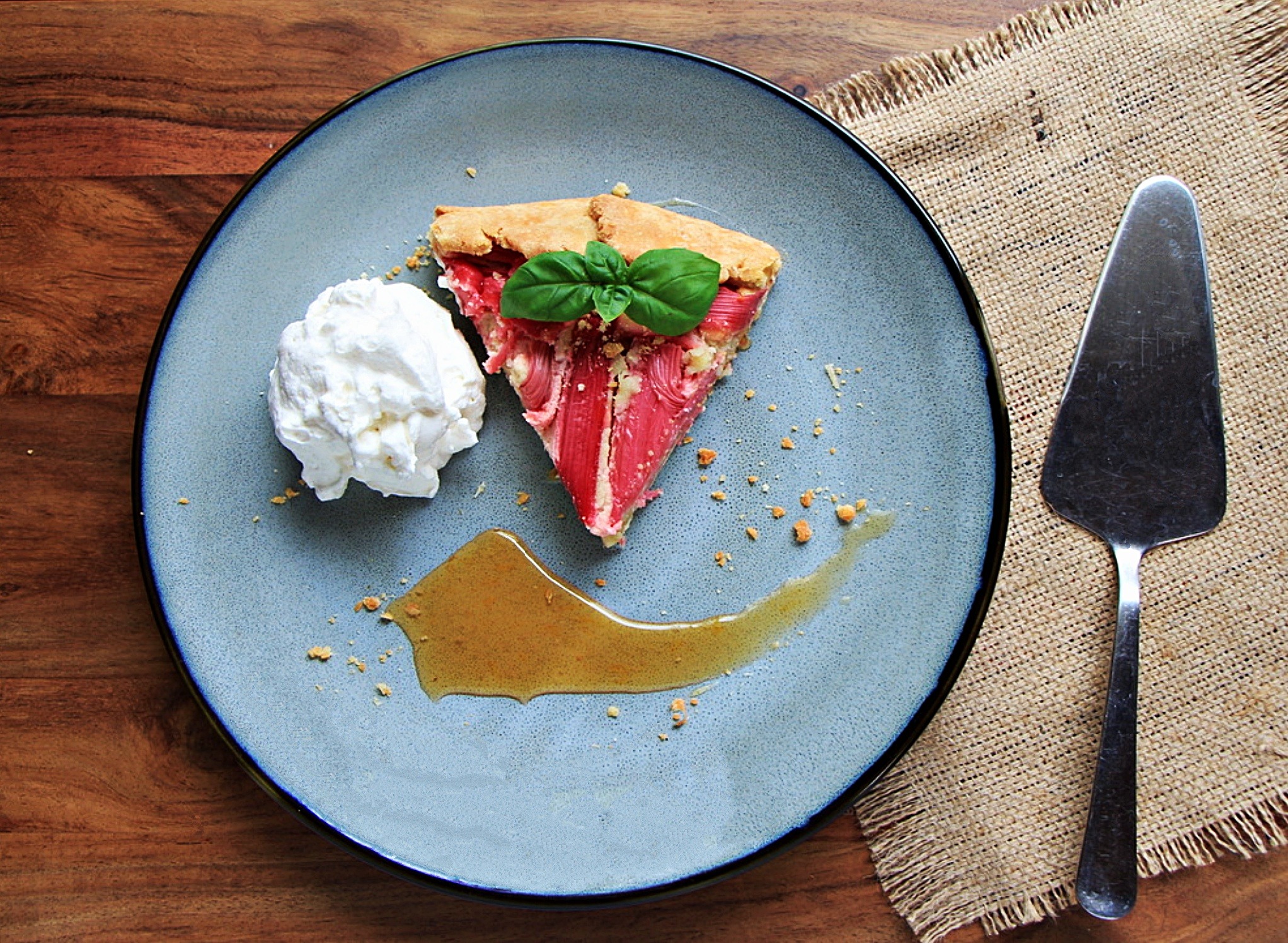 With the first signs of springs comes rhubarb and my rhubarb frangipane galette. What’s better than a flaky crust, smothered with a creamy frangipane and topped with a tart but yet sweet melange of rhubarb and orange? It can’t get any better than that, if you ask me.

I love rhubarb and as soon a I see it in the local fruit store, I am all over it. I make so many delicious recipes with it. It seems I can’t get enough of it. I have to admit, I even freeze it for later use when I know the season is coming to an end.

A small list of ingredients that make this amazing galette.

The first step to making my delicious rhubarb frangipane galette is to make the pie crust. You can find the recipe for my pie crust recipe here. Or you can use a store-bought pie crust.

Now we can prepare the frangipane. In a mixing bowl, whip 3 tablespoons of sugar with 4 tablespoons of room temperature butter. Once those are beaten together, add the egg and the brandy to the bowl. Continue whipping until the egg is mixed in with the sugar. Add the almond meal to the bowl and whip for a further one minute. Now add the flour and the salt and mix to form a thick cookie dough kind of dough.

Roll out the pie crust into about an 11 inch circular form. It doesn’t have to be a perfect circle. One of the things I love about galettes is the rustic look. You don’t need to worry about a particular shape with the pastry. It gets folded over and kind of takes on a form of its own.

Once the pastry is rolled, spread the frangipane mix onto the pastry. Leave about and a half all along the edges. This is the bit you will fold over to make the galette.

By now the rhubarb should be ready. Drain the juice out of the bowl. Do not discard the juice. Keep it to make a delicious glaze for the top. Line the rhubarb on top of the frangipane and fold the edges over. Place the rhubarb frangipane galette on top of a parchment-lined baking tray. Beat the egg white and using a baking brush, apply a coating on the folded edges of the pie crust. Bake for 35 mins in a 375-degree oven.

Once baked, remove the galette from the oven. Let sit for about 5 mins then move it to a cookie rack to cool down completely.

While the galette is baking, pour the juice that you had collected earlier into a bowl and boil it down to form a glaze. Once both the rhubarb frangipane galette and glaze have cooled, slice and enjoy with a side of whipped cream or ice cream.

My rhubarb frangipane galette, wrapped in a delicious flaky pastry is slightly tangy, just a little bit sweet, but oh so delicious! It will leave you licking your fingers and wanting more. 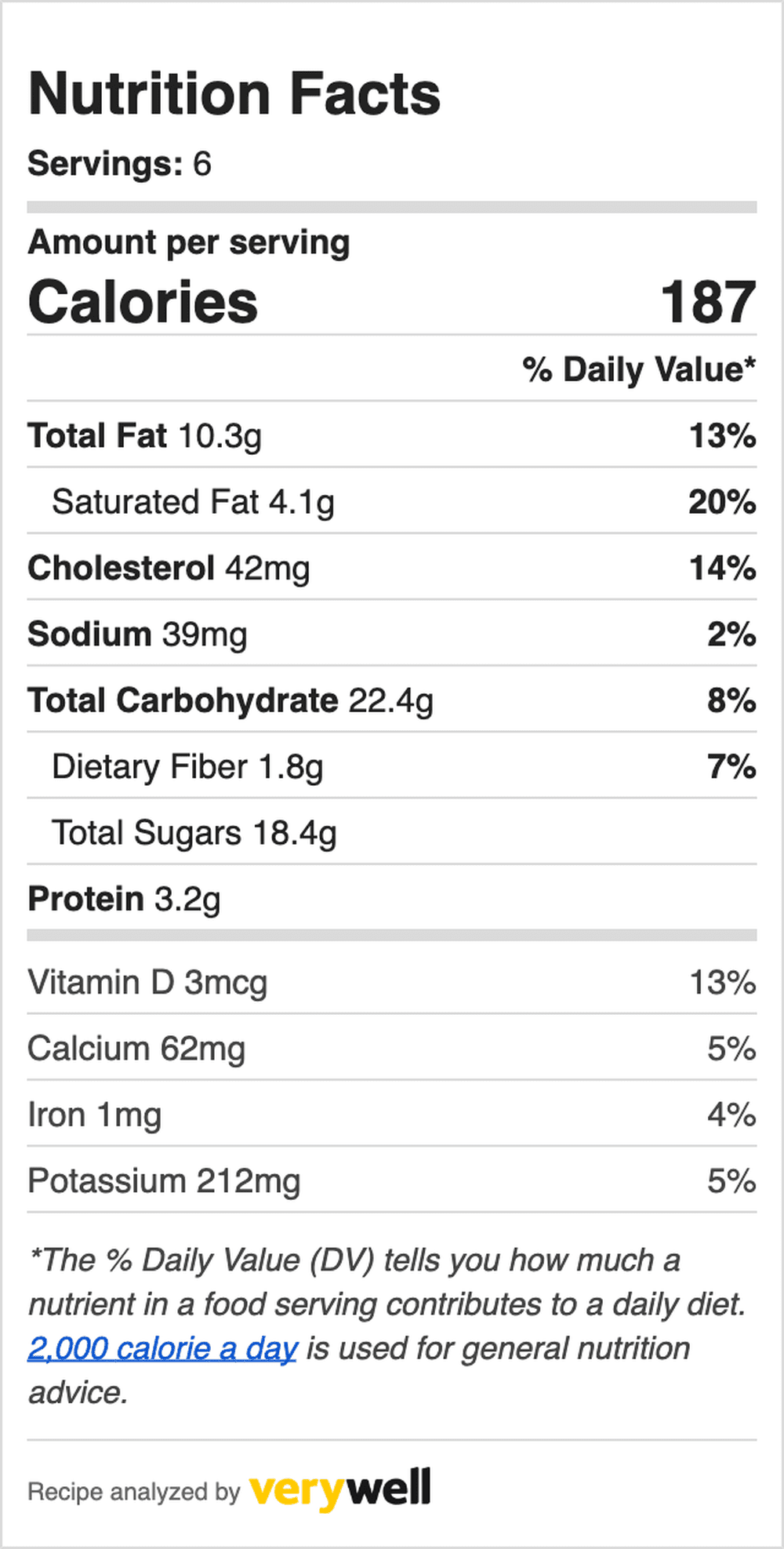 – Check out other dessert recipes here. 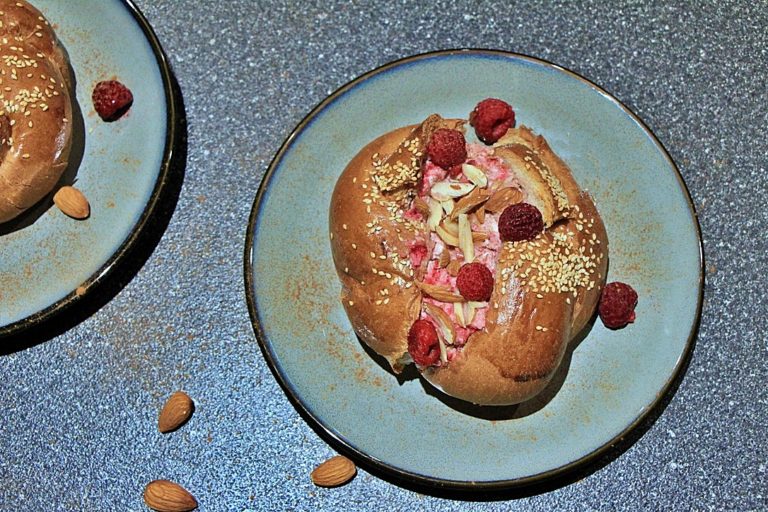 These ricotta and raspberry breakfast buns are so easy to make and can be enjoyed any day of the week. Make and bring along on your ride to work, to school or to your next pot luck. They will be a super hit no matter where you take them. 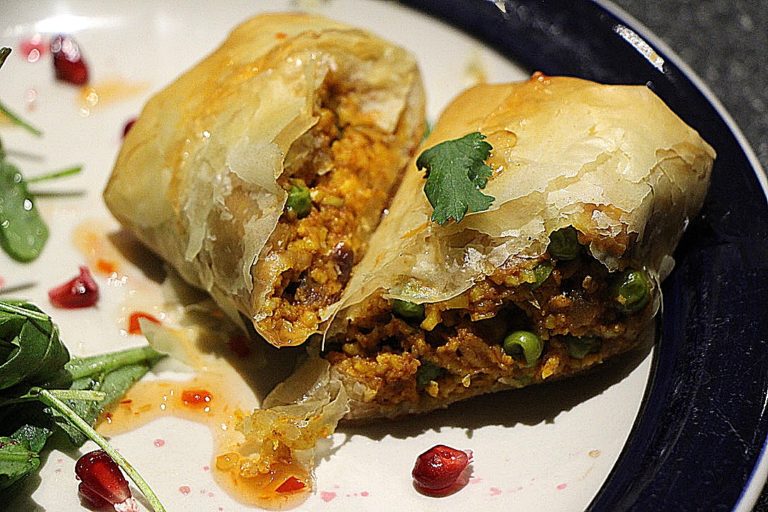 These phyllo pastry paneer pillows are a crunchy, spicy and delicious meal. The crispiness of the phyllo and the tenderness of the paneer are a match made in heaven. 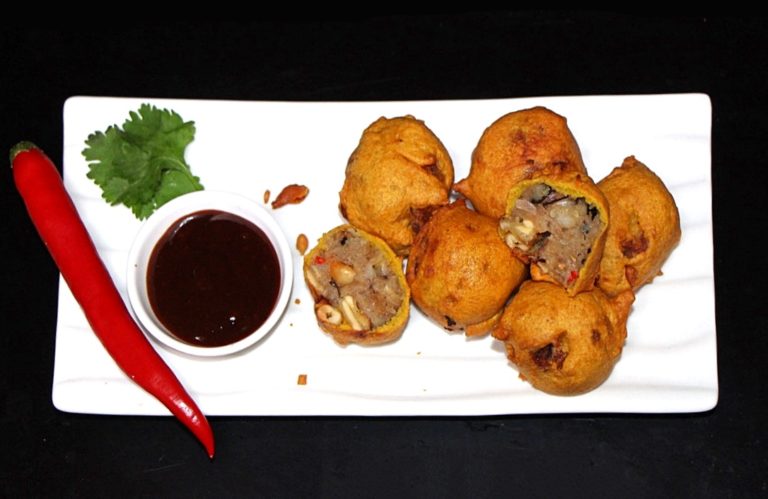 Spiced potato balls – made with mashed boiled potatoes, a melange of spices, coated in a thick chickpea flour batter, and deep fried to perfection. 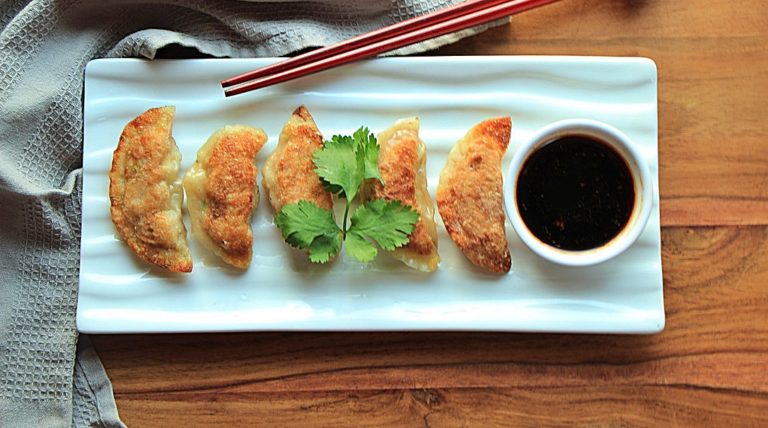 The Japanese pork and leek gyoza are crunchy, juicy pockets of goodness. Filled with deliciously spiced pork and served with a tasty dipping sauce. Eating one will just not do. 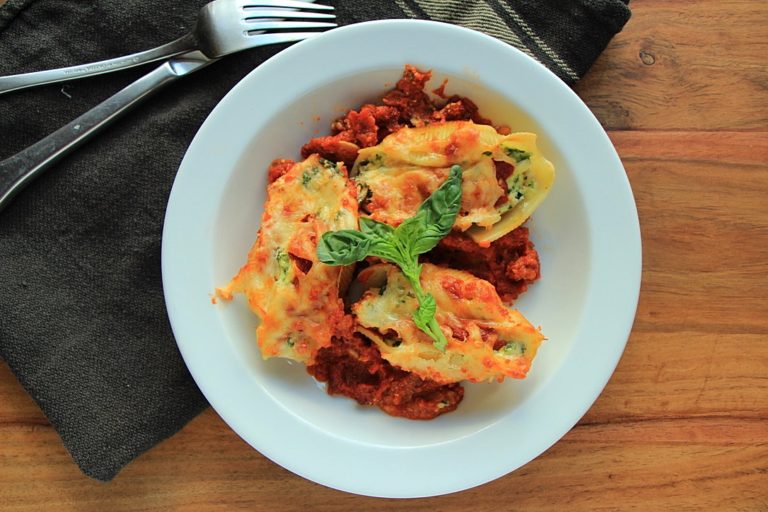 These jumbo ricotta and spinach-filled pasta shells lie on a blanket of fresh homemade tomato sauce, are covered with mozzarella, and baked to perfection. 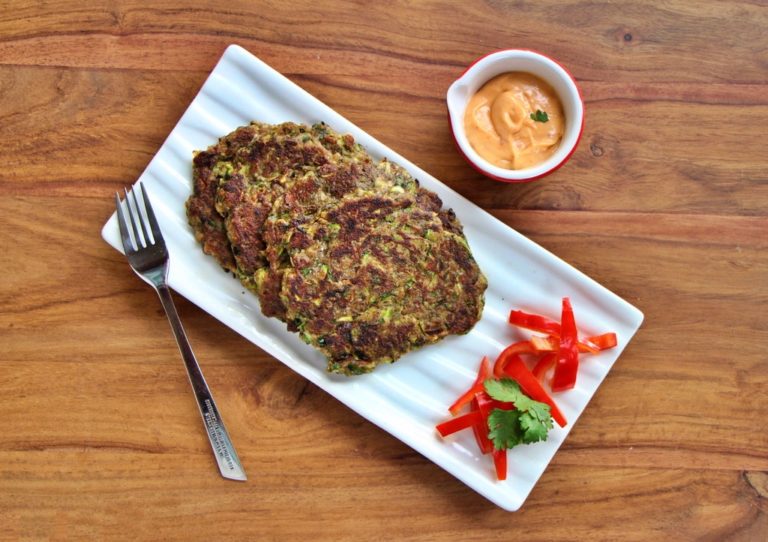 These flavourful zucchini and eggplant fritters are the best you’ll ever have. They can be whipped up and enjoyed in no time at all.

This site uses Akismet to reduce spam. Learn how your comment data is processed.